DAFORMS.NET – DA FORM 4513 – Record Of Missions Fired – The DA Form 4513 is an essential document for any individual or organization involved in the training and firing of weapons. It is an official record which tracks the number of rounds fired during a mission, as well as the details of the type of weapon fired and who was responsible for its operation. This document can be used to monitor progress and ensure safety when using weapons, as it provides a detailed overview of all activities related to the firing process.

The purpose of DA Form 4513 is to create an accurate record of all missions fired. This form provides the necessary documentation for reporting and tracking training ammunition expended. It is important that this form is completed accurately and completely as it is used to determine quantities of training ammunition available for future use. Accurately keeping track of all missions fired allows commanders to quickly identify changes in inventory and plan accordingly.

The DA FORM 4513, also known as the Record of Missions Fired, is an important document used to track and record ammunition expenditures. It is designed to provide a permanent record of all missions fired by a unit during a specific time period. It is typically used by units in field artillery battalions and other units with indirect fire mission capabilities. The purpose of this article is to provide a comprehensive overview of the DA Form 4513, explain how it functions and its importance in recording ammunition expenditures.

DA Form 4513, or the Record of Missions Fired, is an important document used by the U.S. Army to track and record information related to the fire mission process. It is a critical tool that provides a comprehensive look into all aspects of the mission; from personnel invovled and rounds fired, to target data and impact area. 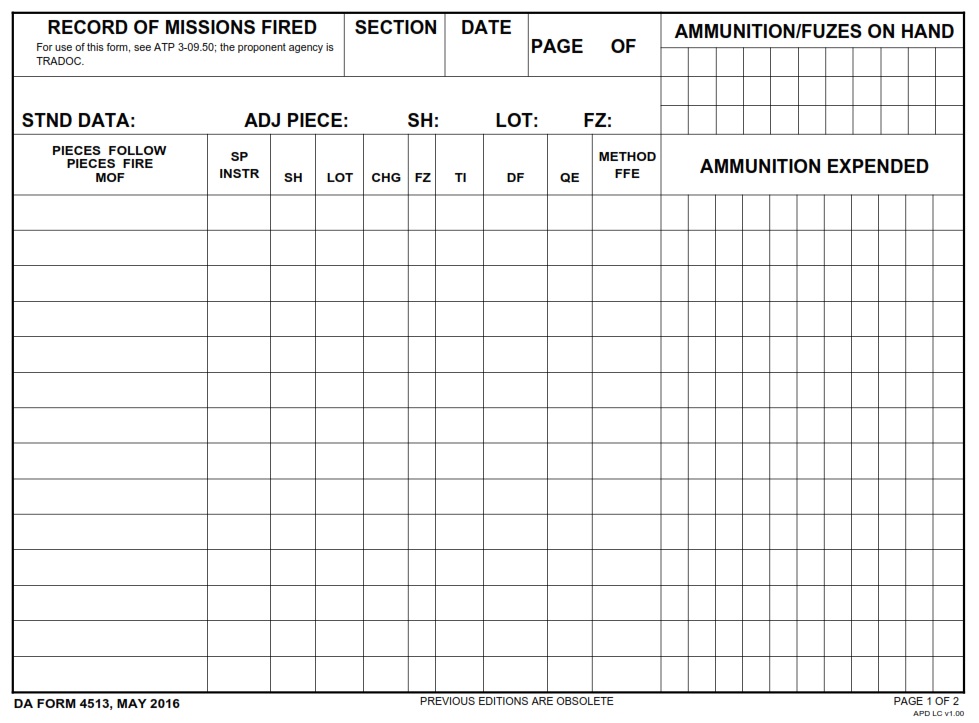 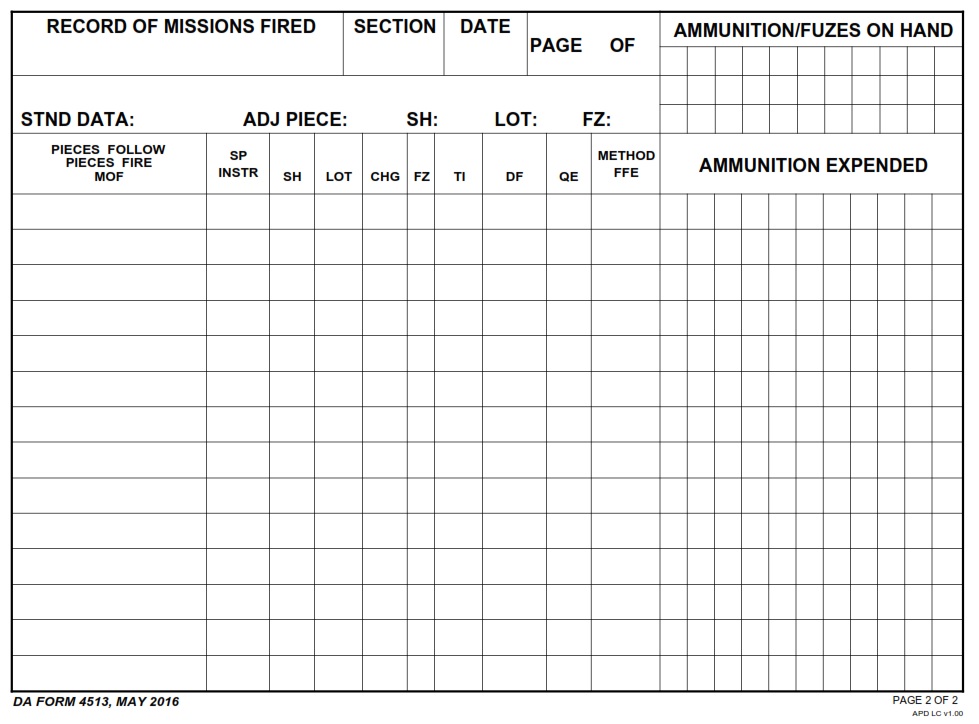