The United States Army uses the DA Form 7617 – Patriot Radar Supplemental Roll And Crossroll to track the maintenance and performance of the Patriot Missile System. The form is used to identify any issues with the system and to correct them in a timely manner. The form is also used to keep a record of the system’s performance.

The Army’s Patriot radar system is a critical part of our national defense. The system is designed to detect and track incoming ballistic missiles. However, the system is not perfect. Sometimes, the radar system produces false positives – it detects an incoming missile when there is none.

This can be a problem, because if the system incorrectly detects a missile, it may launch countermeasures needlessly, wasting time and resources. The Army has a way of monitoring the system to ensure that it is working properly. It uses DA FORM 7617 – Patriot System False Alert Report. The form is used to log and record false alerts generated by the system.

The Army’s Patriot radar system is a key part of the nation’s air defense network. The system uses a number of different radars to track incoming aircraft and missiles, and the DA Form 7617 is used to supplement the roll and cross-roll data from those radars. The form provides information on the position, velocity, and heading of incoming targets, as well as their estimated time of arrival. This information is critical for intercepting enemy aircraft and missiles. 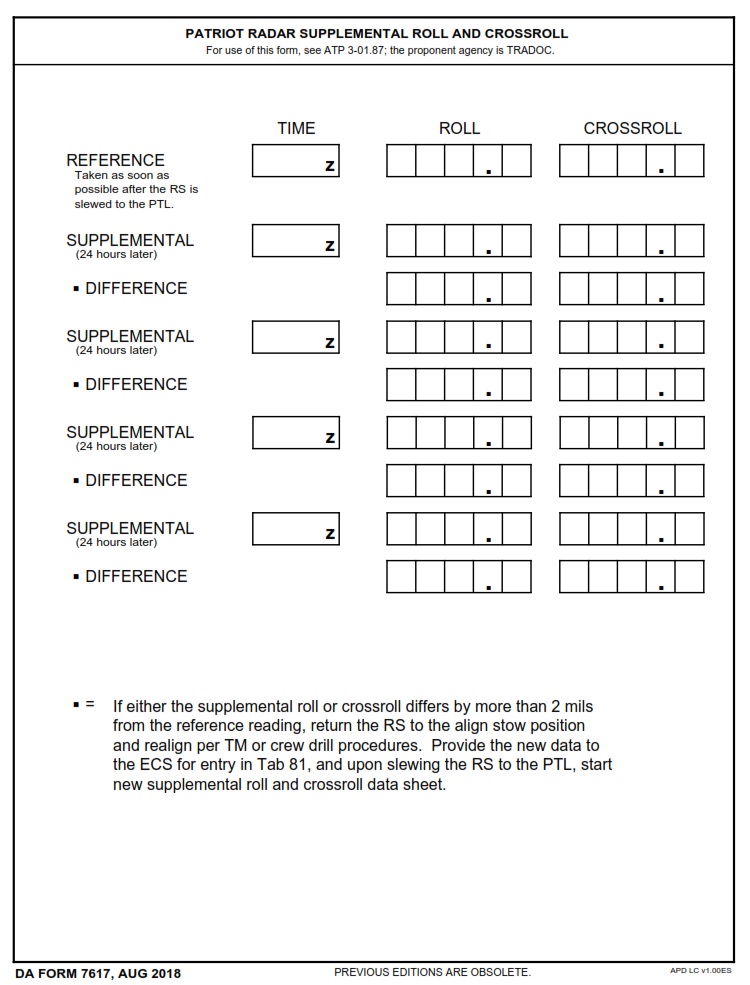