The United States Army uses the DA Form 1352 to track its inventory of aircraft and the amount of time each one has been in service. The form is used to maintain an accurate record of the army’s aviation assets and ensure that they are ready for use when needed. The form is also used to track the number of hours each aircraft has flown, which is important information for maintenance and safety purposes. 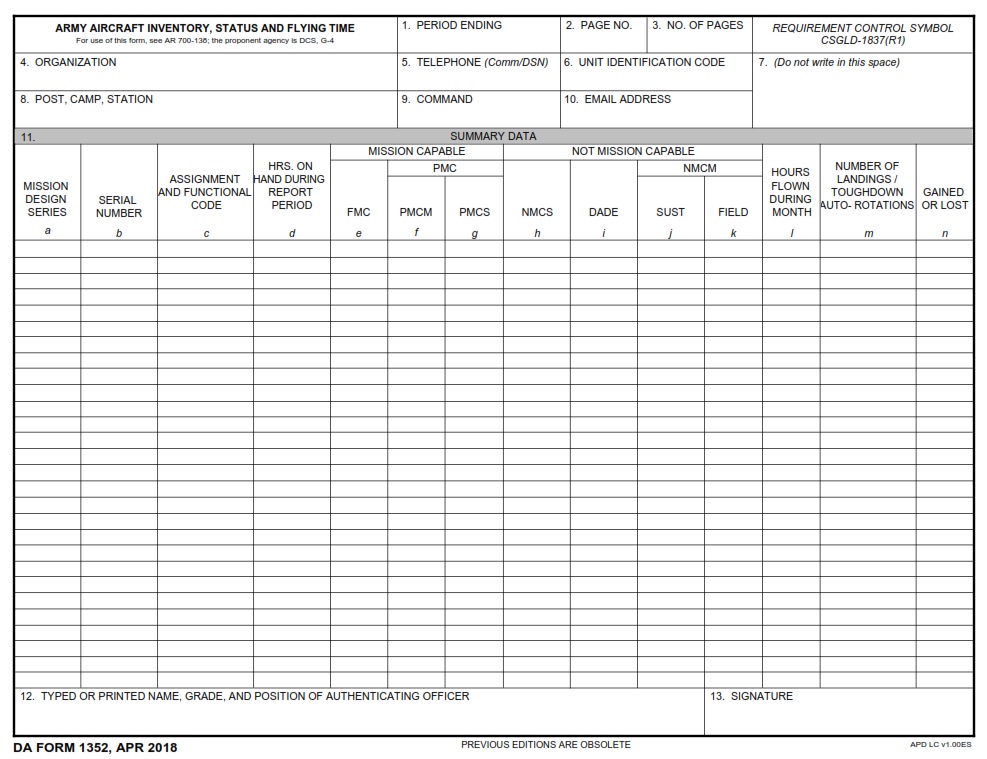